"If we can winter this one out, we can summer anywhere" — Seamus Heaney 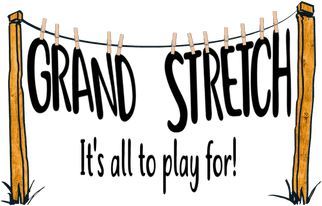 This page is undergoing a intermittent updates between February-April.

Please excuse our appearance, for the time being. Thank you.

'You’re lucky, because all of these guys - purists, theorists, and overblown people who have written things like IMPRO - are dying! The next generation are mixing things up and taking the best of everything to form something new. All the great theatres of the world were, for the most-part, created by individuals who were fed up of things as they were and wanted to try something different...'  - Keith Johnstone, in conversation at his Masterclass students in Berlin.

A fusion of the Vancouver Theatresports™ style of play and the philosophy of Keith Johnstone’s IMPRO method formed the cornerstone of Grand Stretch. The company became a member of the International Theatresports Institute (iTi) in 2017, and is currently the only Irish company licensed in the practice and production of THEATRESPORTS™.

The sections to follow - Keith Johnstone | IMPRO & THEATRESPORTS™ and Vancouver Theatresports™ - offer a good insight into our philosophy & style. And while this foundation remains at the heart of the company, we embrace the freedom to be innovative, to adapt, and to reform. Everyone has something to offer. Theories are made to be tested. Rules are made to be broken. The sky isn't even the limit these days!

Keith Johnstone is the world's most celebrated improvisation teacher - one of few internationally recognised authorities in the field of improvisation.

As creator of Theatresports™, Gorilla Theatre™, Maestro™ Impro, and The Life Game©, he has been a pioneer of improvisational theatre. As author of two best selling books about his Theatre and Improvisation theories and practices - IMPRO and IMPRO for Storytellers - his ideas about improvisation, behaviour and performance have been received with great acclaim by a wide variety of groups. From Actors to Psychotherapists, Improvisation companies to Theatre Schools and Companies, Business and Management training specialists and Humanities Research Institutes, Universities and Film Production Companies have invited him to come to teach them about his ideas, and how they might apply them. One such company practicing under his influence is Grand Stretch, and the IMPRO Method is a tie that binds all aspects of the company.

In IMPRO for Storytellers, Johnstone rightly posits that "when THEATRESPORTS™ is played by people who’ve had minimal or zero contact with me, you may be seeing a copy of a copy of a copy – and with each step it will become ‘safer’ and sillier." Having been intimately familiar with Johnstone's written theory in the founding of Grand Stretch, Darren Yorke has since had the opportunity to work with him as a participant in his 8-Day Masterclass in Berlin. The experience equipped Darren with priceless insight into the IMPRO Method, and assures a quality in Grand Stretch's practice of it in Ireland.

In the world of improv, there are many different styles and philosophies. That, in which Darren Yorke (founder of Grand Stretch) trained, approaches improv as theatre – with an emphasis on the skills used in acting and live theatre as opposed to stand-up or joke-based comedy; the result is theatrically-infused improv comedy. At the heart of what VTS do are certain core values that players follow when they perform.

At the Improv Comedy Institute - the official education division of VTS - students are coached to be funny by being grounded on stage and being in the moment during a scene. VTS value the creation of strong characters as a bi-product of focussing on the creation of memorable stories. They value team work – making the other people on stage look good through commitment to the scene. They equip students with the necessary skill-set required to improvise dynamic and truthful scenes, and train them to love risk, to be brave and to be fearless on stage. VTS apply this mind-set and skill-set to all aspects of the company and the work they present.

To that end, Grand Stretch would be remiss not to acknowledge Margret Nyfors - Director of Public Education & the Improv Comedy Institute at VTS. As Coordinator of the ICI, Darren enjoyed a wonderful working relationship with her. As an ICI student and a 'Rookie', Darren considered Margret his improv 'fairy God Mother' in her role as ICI teacher and Co-Director of VTSL's Rookie League. Grand Stretch's Education Programmes include the key ingredients of her classes, and Darren has adopted her “forever a student” mentality. There is no one way to do anything, and all great improvisors are fluent in as many styles and techniques as possible. Margret continues to be a mentor and a friend of Grand Stretch, and the company would never have come to be without her. So, thank you Margret.

Founded in 1980 Vancouver TheatreSports™ is the #1 improv comedy company in Vancouver BC, and a well-respected international leader in the art form – recognized for producing some of the world's most daring and innovative improv comedy with a style that is a highly theatrical fusion of the dramatic elements of comedy and tragedy coupled with the enthusiasm and edge-of-your-seat excitement of professional sport.

Grand Stretch is a member of the International Theatresports™ Institute and holds a licence to perform Keith Johnstone's TheatreSports™.